The name INTERPRED has its roots in conducting international trade cooperation between Bulgaria, Western Europe, the USA and Canada.

In 1969, the INTERPRED Association was established as a state-owned enterprise which held the exclusive rights to represent and serve as a commercial agent for foreign companies in Bulgaria.

In the past, our operations were conducted via specialised offices of the Association which used to be foreign trade agencies until 1998. Little by little, the number of foreign companies represented by the INTERPRED Association grew, reaching 1,029 in 1988. These included leading companies from Western Europe, the USA and Canada.

In 1985, the INTERPRED Association joined the World Trade Centres Association (WTCA) as a full member. This launched the harmonisation of INTERPRED’s business operations with the set of business services offered by world trade centres around the globe. At the same time, INTERPRED continued to provide representation and commercial services to foreign companies.

1986 marked the formal opening of the INTERPRED building, which became the FIRST COMMERCIAL BUILDING in Bulgaria. Two architects, Prof. Vladimir Romenski and Ivan Yankov, were put in charge of constructing the building and the project was completed thanks to the joint efforts of most of the bigger Bulgarian construction companies, with the Spanish company Osisa serving as main contractor.

In 1996, the INTERPRED Association was awarded the WTCA’s Certificate of Standard and Quality of Services Achieved.

Until 2002, the company was owned and managed by the Daewoo Corporation. 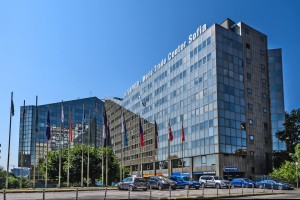 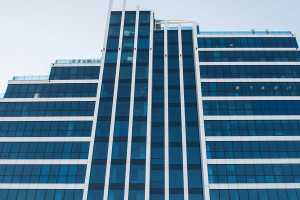 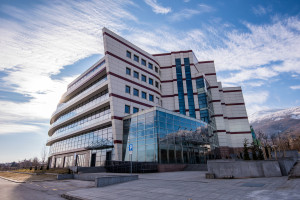